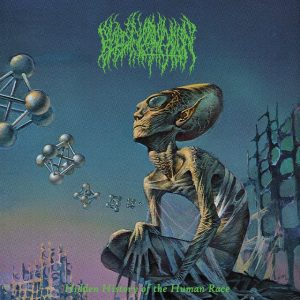 BLOOD INCANTATION – Hidden History of the Human Race LP/CD (Dark Descent)
black or green vinyl
They made us wait until the year was nearly over but the much anticipated second album by the mighty Denver death metallers BLOOD INCANTATION is finally here. We were massive fans of their existential, cosmic horror inspired technical death metal debut “Starspawn” & the group continues to contemplate the void on their follow-up. Complex riffs & stream of consciousness song structure with some very melodic & memorable moments that owe as much to MORBID ANGEL as they do early MASTODON.This is possibly the best metal album of 2019 & if you can’t already tell, we’re TOTALLY STOKED ON THIS ONE. RECOMMENDED. 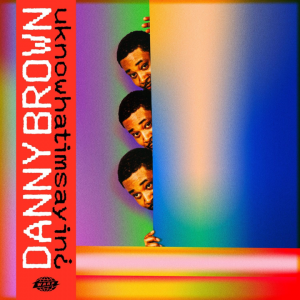 DANNY BROWN – uknowhatimsayin¿ LP/CD (Warp) now available in physical formats!
After the darkly revelatory Atrocity Exhibition in 2016, lovable weirdo DANNY BROWN returns again to the light with “uknowhatimsayin¿”, a record rooted both in hip-hop formalism and DANNY’s old goofball persona. It’s quite the change from his explorations on isolation, depression, and drug abuse, but we find it refreshing to hear DANNY throw in some goofy lines that rhyme “rental car” with “Pat Benatar”. The sound here owes a good deal to classic hip-hop of the past, with Q-TIP’s executive production allowing for the subtler parts to shine through the bombast. As a result, DANNY’s latest is also his most effortless, natural, and assured, the sound of a rap superstar at the top of his form just having a bit of fun. Also featuring contributions from JPEGMAFIA, RUN THE JEWELS, BLOOD ORANGE and FLYING LOTUS! 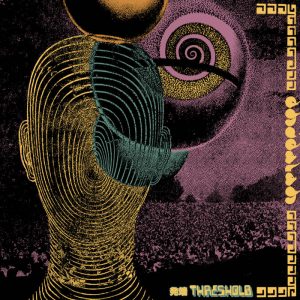 DHIDALAH – Threshold LP (Guruguru Brain)
“Threshold” is the 2019 album from the Tokyo based trio known as DHIDALAH. Fuzzed out space rock with repetitive kraut rock grooves that will appeal to fans of the Guruguru Brain label in general, HAWKWIND, EARTHLESS, the Riding Easy label etc… 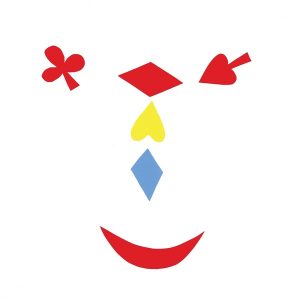 DJ NIGGA FOX – Cartas Na Manga 2LP (Principe)
Lisbon’s DJ NIGGA FOX makes his triumphant return to Principe, following his Warp LP and a trio of deadly 12″s on Principe. Totally weird, rhythm-driven madness from one of the distinctive producers of the last decade. Absolutely devastating soundsystem destruction from one of our favorites. VERY HIGHLY RECOMMENDED! 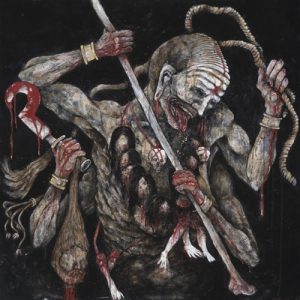 LEVIATHAN – Verrater 4LP (Profound Lore)
Previously released on CD in 2002 on the Tumult label, this collection of demos by Jef Whitehead aka Wrest aka LEVIATHAN has been teased as a vinyl release for over a decade & it’s finally here!! All of the music has been remastered for vinyl & comes in a ridiculously fancy 8 panel gatefold sleeve with new art housed in a slipcase style outer sleeve. Hear some of the origins of American black metal on this amazing limited edition set courtesy of Profound Lore. RECOMMENDED. 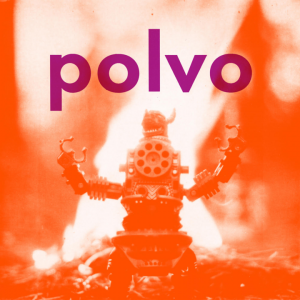 POLVO – Polvo (Merge) green vinyl
POLVO’s first two EP’s “Can I Ride” and “Vibracobra” set the tone for the spastic noise and alt-rock that would be their calling card throughout the 90s. Here, Merge records – well – “merges” them onto one LP for the first time. ESSENTIAL! 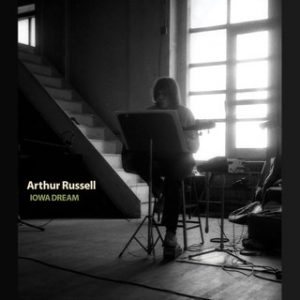 ARTHUR RUSSELL – Iowa Dream LP/CD (Audika)
Iowa Dream is a collection of demos from ARTHUR RUSSELL, which are very straightforward and disarming. Simple, direct songs that are tender and minimalistic, with an emotional depth
and playfulness. Joining RUSSELL here are ERNIE BROOKS, RHYS CHATHAM, HENRY FLYNT and JON GIBSON. Simultaneously heartbreaking and breezy, in just the right way. A revelatory album.

Category: new releases
Instagram
Bowie mania up in WP! Just some of the 45s going o

We’re speechless. Neil Peart is one of our favor

Yacht is playing @sl33pingvillag3 on Thursday and

We’ve got a TEST pressing for the fantastic Mark

“At long last! In stock now at all stores. First